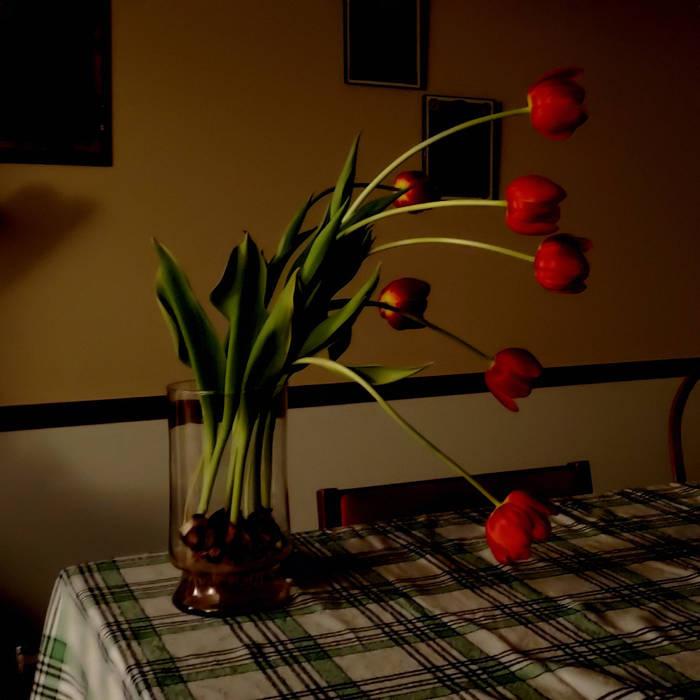 AUDIOHOLISTICS was a live set that was performed on March 20, 2020, shortly after the pandemic began. It was intended to be a live event at a coffee shop in Yellow Springs, Ohio, but after public safety became a concern, the show was canceled and the decision was made to broadcast the set live on Twitch instead.

Sonically, the set was designed to be the live iteration of the style of CH recordings like MILKWHITE PLASTIC GALAXY MAKER and PINK/PLASTIC ACRE, with elements that focus on melodic braindance and ambient techno from the mid 1990s, with obvious reference points to things like Warp's Artificial Intelligence series or the early Rephlex catalog. In addition to this, there are still moments of a more "modern" CH sound, with aspects of dub techno (via the ANALOG BOTANY series or PAWLEYS ISLAND) present alongside some drone synthesis that recalls things like LEAF CLOAK or even STATIC PHYSICS.

After finishing the live set, the going idea was to stash the recordings in favor of sitting down for a few proper studio sessions and building out individual tracks using many of the sections, to perhaps assemble a full album with them. As time went on, however, and I revisited the recordings of the set itself (and two rehearsals that were also recorded), I discovered that I much preferred these sections of melody and groove in their momentary development, within the momentum of the live set itself, rather than as isolated compositions. They felt more purposeful as part of the whole process and performance, so individualizing them felt unnecessary.

So I've finally sat down with these recordings and done my best to master them, which is always a challenge with translating live recordings from things that are designed to work in a live experience versus things that are meant to be studio creations. The full set from March 20th is included here, in both indexed (separated) form and as an unedited single file (which is available as a courtesy to paying supporters here), and this set is augmented by the presence of two earlier rehearsals, which themselves highlight how much of AUDIOHOLISTICS was pattern-based improvisation and not structured or planned. The first rehearsal was a room recording, informally made, so the audio quality is not optimal, but this recording was included here to give a better indication of what it sounded like as it happened in an acoustic space, and not too dissimilar from what it may have sounded like at the Yellow Springs coffee shop, if that were to have happened. The second rehearsal was recorded from Twitch, to test volume and bass levels in OBS (the software used to organize live streaming) and to make certain compensations after taking into consideration the compression and loss that inevitably occurs when you stream audio online.

All three sets are unique and similar in many ways, and work together to form a cohesive picture of both Coppice Halifax as a live action, and the small array of drum machines, samplers and synthesizers (dubbed the Microbotany rig) used to convey it.