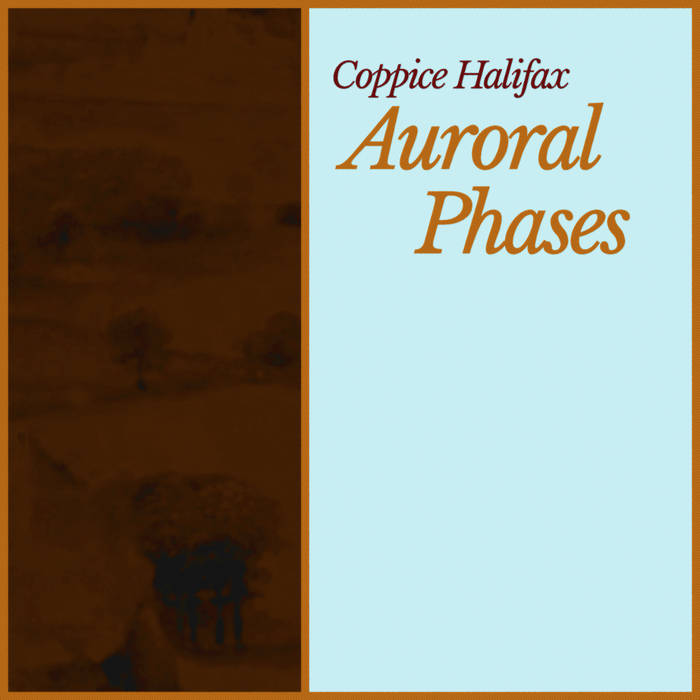 AURORAL PHASES consists of two beatless pieces that manifested peripherally during the SILHOUETTES sessions earlier in the Summer. They reflect both the atmospheric texture of SILHOUETTES and the melodic provenance of STATUETTES, the latter being transfigured through my generative process to create the former. These two recordings were included only on a strictly limited edition of 8 copies (four numbered, and four 'artist print' copies) of the 12xCD-R deluxe boxed variant of SILHOUETTES II, and now that this edition is sold out, I felt it was only fair to make AURORAL PHASES available publicly, since I am never interested in deliberately keeping material hard to obtain. Musically, they are deeply calming pieces that I find work well on their own, outside of being appended to SILHOUETTES, and recall aspects of Milieu's ongoing VIBRATELEPATHOS series ((( vibratelepathos.bandcamp.com ))) in how they were created as well as their sonic personalities.

NOTE: If you are one of the eight owners of the 12xCD-R SILHOUETTES II set, please only purchase this release if you absolutely must own it. I am planning, subsequent to the AURORAL PHASES release, to send all eight of you free download codes to add this release to your collections. Your continued support is appreciated.

Many humble thanks to the subscribers of the Deep Earth series and the Vibratelepathic Antiviral Broadcasts. Without them, this music might not exist, and if it did, you might not be able to hear it. Support deep electronic mining initiatives today: malfokusita.bandcamp.com vibratelepathos.bandcamp.com