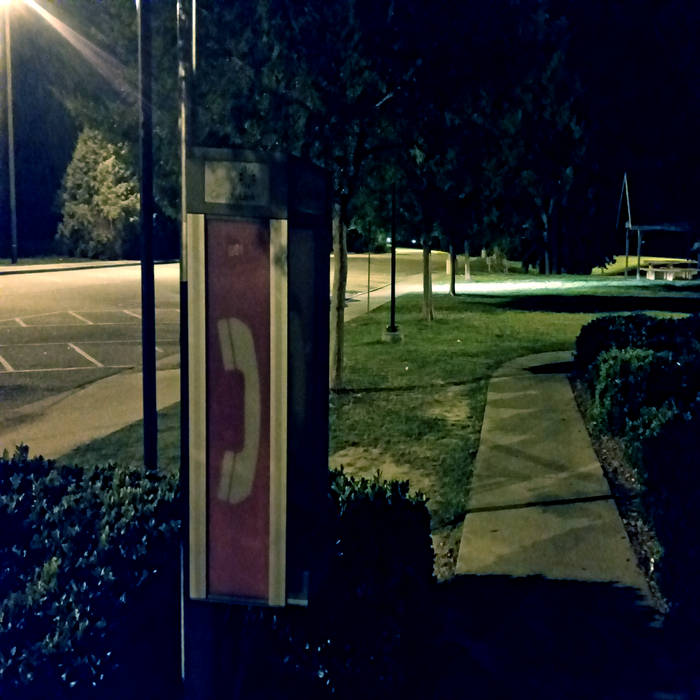 Originally released in 2011, and recorded during the months following the closure of the Analog Botany series, Midnight Snax was issued in the middle of a hot Carolinian June on only a 16-copy first edition, and a 34-copy second edition, before going out of print until now. The seventh installment of the post-Analog Botany ABX catalog, it continued to expand on the dub techno and house music informed production work within the AB series, while also going into more bass-heavy dancefloor directions.

Of the five original cuts, two were subsequent retakes of the AB track "Pine", while another track recorded during the sessions (but omitted), "Mintmorning" led to the Leaf Cloak album that followed. In this way, Midnight Snax feels almost more like a bridge between the Analog Botany series proper, and the sort of "Mark II" material that would inform the more organic and compost-minded CH releases in the following years. These five tracks have been gently remastered in the White Pillar Workshop, and augmented with three previously unreleased cuts from the original sessions. The "Blue Silver" mix is first, a crusty, humid house track, built on a Korg ES-1 sampler alongside a Boss DR-660 and a Roland SH-32 digital polysynth. "Orangerie" reprises the original mix with a more Speicher-influenced schaffel and additional drum machine work. "Lime Fizzy" closes the expanded album with a deeper and more reggae-dub take on the "Carbonated" mix, which contrasts against its faster tempos and heavier rhythms.

Having spent some time with these recordings again after nearly nine years of space, I feel that Midnight Snax is even more boldly colorful, accessible and seasonally appropriate than it's ever been. For fans of the Analog Botany series, Leaf Cloak or even the more recent White Pillar series, there is a lot of heavy groove on offer here. An excursion well worth taking as the Spring breeze begins to blow in...

W/P by Brian Grainger. Recorded at Botany Bay, 2010-2011. Remastered at White Pillar by The Analog Botanist, April 2019. Tracks #6-8 retrieved from the Milieu Music archives, 2019. Text and design by ABM&D. This is Milieu Music number AD41, 41st in the Arboreal Digest reissue catalog. Many thanks to the members of the Milieu Music Fan Club, and the passengers of the Deep Earth series: Without them, this music may not be possible.