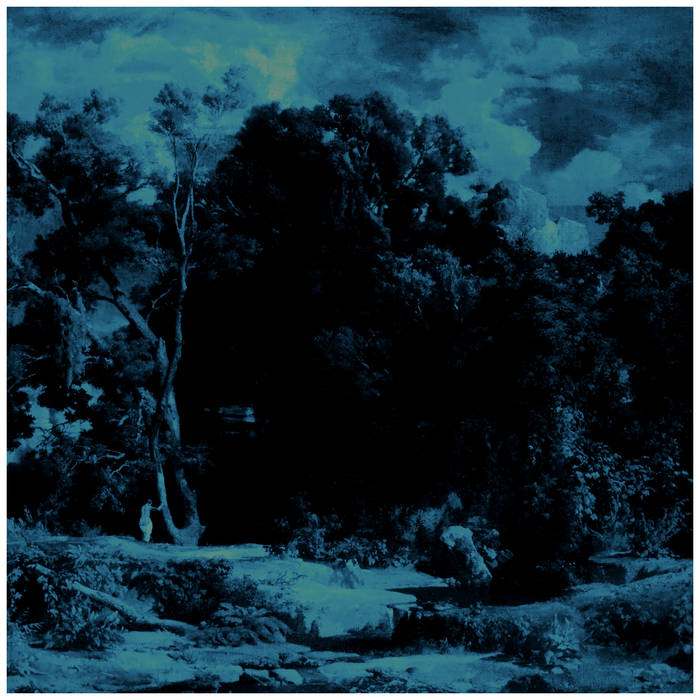 Following the two EPs of Porch Hash Variations, themselves transfigurations of the field recording triptych Porch Hash Logbook (see: briangrainger.bandcamp.com/album/porch-hash-logbook ), are two subsequent EPs of "night versions" undertaken in the grand tradition of re-dubbing the dubs.

These tracks further mutate and saturate the original sessions into soporific washes of blue chords, crashing distantly upon glittering shores and rock faces in sprays of soft pink noise and light-trails of reverb. A lone kick drum anchors almost every cut, a heartbeat from deep below the surface of the Earth, present but also passive beneath the huge whorls of dub sonics that float upon it.

On a technical level, the original Porch Hash tracks were sublimated by way of mid-side EQ work, separating out mono and stereo information, and routing it through various FX processors and other mixing destinations. Also employed were deliberate downsampling passes of the source material, riding the cusp of extremely lossy digital bit reduction, just enough to remove all the high end and round off all the edges. The final mix was done after all of these prepped sound files were in hand, using two archaic samplers (an Akai S2800 and a Korg ES-1) in conjunction with supplemental processing via my R-EW Audioholistics modular system.

Many humble thanks to the members of the Milieu Music Fan Club at Patreon patreon.com/analogbotany and the subscribers at Deep Earth malfokusita.bandcamp.com and Vibratelepathos vibratelepathos.bandcamp.com - Without their continued support, these recordings and many others may not have come to fruition.