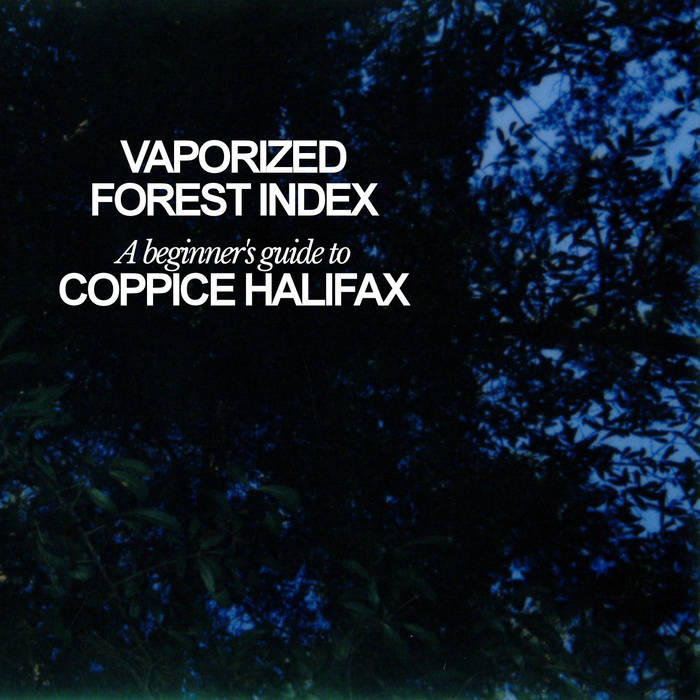 orbitalforest Not even halfway through this album yet but it is absolutely epic ! Favorite track: Valerian.

Coppice Halifax, originally a Milieu side-project, has now aged a decade. After a full year of painstaking selection, editing, sequencing and mastering, VAPORIZED FOREST INDEX is finally complete. A beginner's guide to the dense subtropical forests and the sprawling Atlantic seaside. Writing and assembling this collection has felt surreal and almost predetermined, as the track selection ended up numbering 33, while I am in my 33rd year. Three discs, as well - themselves grouped according to the general peaks and valleys of the Halifaxian oeuvre - spanning four hours of material from 2006 to 2016.

The first Cide, subtitled CARPET, contains fourteen tracks that orbit the earlier Coppice Halifax core of melodic techno. These are tracks inspired by Warp's Artificial Intelligence series, early Rephlex vinyl like Cylobian Sunset, Desktop Robotics and Wasted Sunday, as well as early RDJ like SAW 85-92 and Surfing On Sine Waves. These are the pieces that most easily blur the lines between Milieu and CH, and establish a provenance that spirals further outward into deeper and more textured acres.

The second Cide, subtitled CONTOUR, highlights the dub techno phase of CH, with tracks from the Analog Botany and Static Pharming series, Ocean Lion and Pawleys Island. This material is mostly inspired by Rod Modell's early Deepchord vinyl, labels like Chain Reaction, Mille Plateaux and early Kompakt, such as Dettinger or Jonas Bering. These pieces maintain a balance of techno rhythms and warm minimalistic basslines, anchored below layer upon layer of humid chords and restrained melodies - the sum of which often floats in a shallow pool of field recordings and tape hiss.

As a whole, these 33 tracks present a cohesive and guided trip through the Halifaxian ten year acre, while also hopefully providing a carefully considered tableaux of works for even the most ardent listener to appreciate. Where Milieu has always been a far more deliberate and composed project, Coppice Halifax eschews traditional forms of songwriting in favor of sonic mining and map making. Compost as composition, synthesis as song.

For most of these past ten years, I've not been the creator of these woods and oceans - only a cultivator of analog botany, riding a wave thick with seratonin and surrealism. I've never been a builder, but a draftsman, providing the means for possible realities to enter into existence. Like Michaelangelo digging out the statue from inside the stone, and Monet repainting the Rouen Cathedral dozens of times in different grades of sunlight, I have accepted that there are greater forms in the universe than those I can conjure on my own, and they are far richer things to excavate and frame with so many miles of rippling cassette tape. Shapes in the vapour, phosphenes in the darkness, vibrations and radio frequencies in dimly lit machines, nudged to and fro by a sleep-deprived hand.