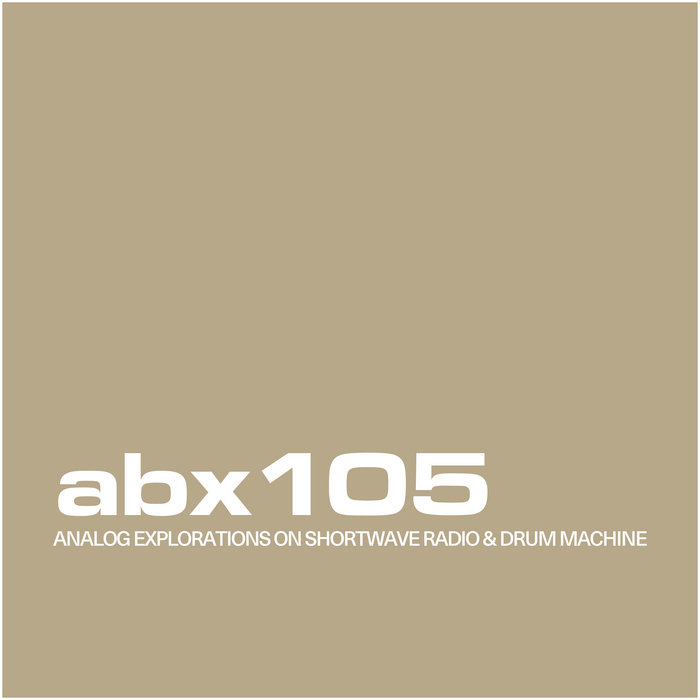 I've been running creatively wild with the Deep Earth series ( malfokusita.bandcamp.com ) for over four years now, and throughout January, I had several different sessions with different gear configurations in a sifting process to decide how I should begin Year Five of this tangential but uniquely presented series.

The third session, presented here, consisted of a prepared dictation-grade cassette using the Vesta Fire MR-10B (a British four-track tape machine from the mid-1980s) that assembled four different recordings of a Sangean shortwave radio tuned to 448hZ, each at a different pitch, modulated slightly by an under-powered Danelectro tremolo unit. This cassette was then routed through my more standardized FX array and Peavey mixer, alongside a Yamaha MR10 drum machine (itself processed by the Steiner-Parker filter in an Arturia Microbrute monosynth), and the four pitches of shortwave radio were "played" off the tape machine like a four-voice synthesizer. Five different sessions like this came to pass, each one with the cassette played back either forward or reverse, with or without the machine's onboard dbx noise reduction activated (which itself acts as a sort of low-pass filter). The fifth and final session ended up beatless, and became VARMO, the 49th Deep Earth catalog release and the opening recording of the series' fifth year.

These first four mixes, under normal circumstances, would have likely been shelved until 2021, when assembly work would begin for the "Compleat" box set of Deep Earth: Year Five, but considering that these mixes alone would amount to another four discs of any set, I decided to isolate them and issue them here, outside of the Deep Earth series. This release is not the first time this has happened, with Deep Earth session recordings ending up outside the series with MARAIS and certain parts of the SOUTH SENTRAL POSITRONIX album, as well as the ACCUMULATION DUBS record. It provides an interesting outer counterpoint to the series, which is often very insular and monochromatic, set clearly apart from the rest of the Milieu Music catalog, which is often more varied and colorful.

Musically, WARM EARTH VARIATIONS resemble recordings like REFLECTOR, WINTER BLURRING and MONUMENT, and display specific influences of mine such as GAS, Variant and Deepchord, while somehow sounding like none of them in this particular instance. 3.5 hours of longform deep listening with a beat.

W/P by Brian Grainger. Recorded at White Pillar, January 2020, using a Vesta Fire MR-10B tape machine multitracking four different pitches of a Sangean ATS-803A tuned to 448hz, alongside a Yamaha MR10 drum machine processed by the internal low-pass filter of an Arturia Microbrute and an array of analog and digital FX processors. Mastered by The Analog Botanist.