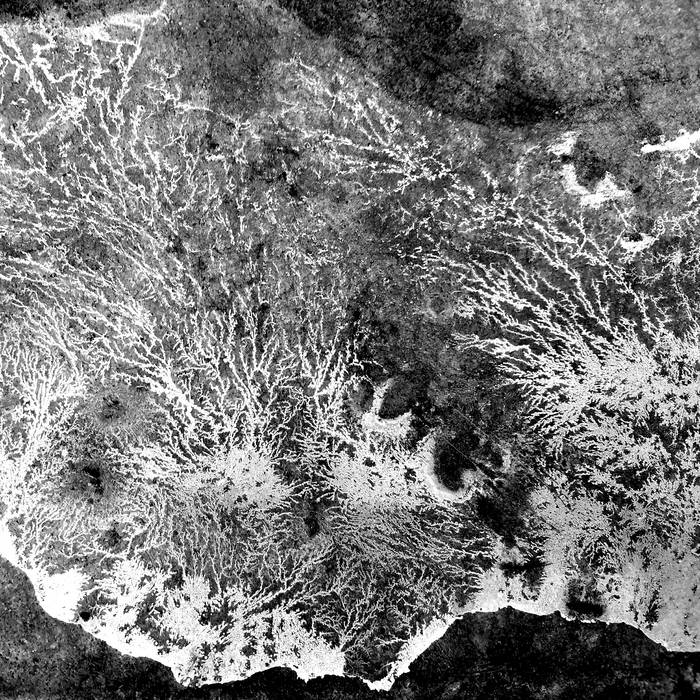 Improvised and broadcast live on Twitch on the evening of February 15th, 2018, this final entry in the White Pillar series was originally shelved for possible release at another label, but given the circumstances of 2020 and the general landscape of many label operations right now, I've decided to just issue White Pillar X here.

The entirety of the White Pillar sessions were informal and improvisational recordings that were designed for learning, growing, observing and adjusting to a new physical space after I relocated from the Botany Bay studio in the subtropics, to the titular new basement space in October of 2016. Six-hundred miles of distance, changes in barometric pressure, temperature, humidity, wind speed and elevation all factored into the music I'd make here, as did the new organizational workflow of having two six-foot long table tops to spread out all of my machines. It was nice to have a series of sessions that were only ever intended to explore the new spaces a bit, without any concerns over commercial viability or relationships to prior works, and somewhat ironically, the recordings themselves manifested as very cohesive dub techno pieces, a clear through-line able to be traced from WPW000 to WPW010 here.

Sonically, there is a lot of analog synthesis and processing happening, with splashes of digital FX and some PCM drum sampling. You can hear a lot of my favorite romplers like the Boss DR-660 and Yamaha RY-20 taking precedence, as well as machines I did not possess until I relocated and had more tabletop space to use, such as the Korg MS-20 and Grass C-TCM. Everything is sequenced on the machines' internal sequencers themselves, no external MIDI brains or computer involvement whatsoever. For trainspotters who are interested in seeing the live session, the broadcast was captured and archived here: youtu.be/iJ0DAGS4WD8

Looking back on this session now, I find it immensely interesting, as the White Pillar studio has since evolved and rearranged itself several times over since it was generated. I enjoy a lot of the funky moments and I love hearing the Korg Volca Keys in a few lead moments, as this unit later burned out in an electrical storm and has not been replaced. White Pillar X is a solid dub techno monument in the CH continent, and a fitting end to the long-running series.

**NOTE: In addition to White Pillar X being issued solo, I've assembled a 6xCD collector's edition box set that compiles all eleven WPW catalog releases, plus several alternative mixes and three previously unreleased takes. You can check that out here:

W/P by Brian Grainger. Performed and recorded live at White Pillar Workshop, February 15th 2018. Mastered by The Analog Botanist. Photography by Brian, Dayton 2018. Text and design by ABM&D. This is Milieu Music number WPW010, the 10th and final release in the White Pillar catalog. milieu-music.com analogbotany.com