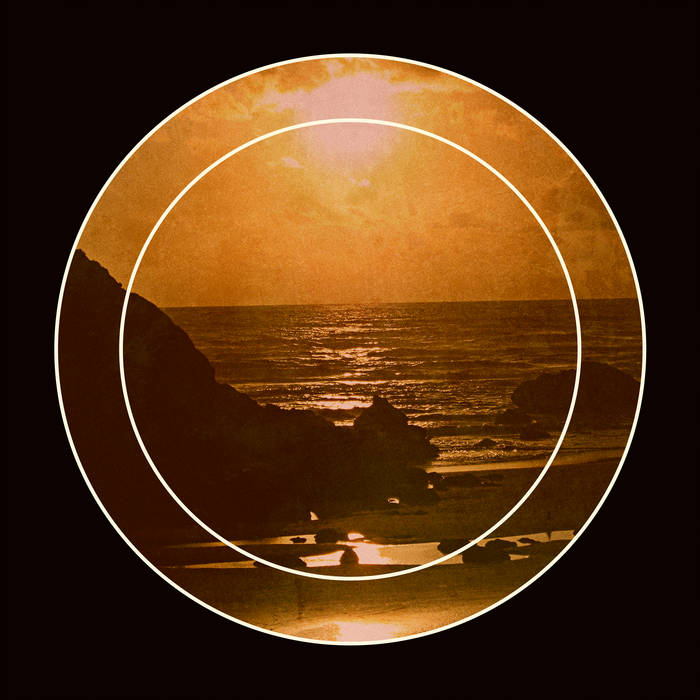 Coastal Reveries was the first of its kind - a privately commissioned work, drafted by Dylan Fisher, a multidisciplinary visual artist in New York, in 2012 - and until now, it has remained unreleased. Although details are foggy, since my daughter was born in April of that same year, I do recall Fisher asking me to create something with a detailed level of specificity in mind. He asked for a recording that could inhabit similar soundworlds as High Hawaiian Fog, Ocean Lion and perhaps other map-points like Verdant Acre - all of these, moments within my catalog that seem to resurface on a regular basis - and I did my damnedest at that moment in time to revisit those spaces, rather than attempt to recreate them.

In truth, I find the act of remaking not just tedious, but impossible, for any creative mind that is truly inspired, and especially my own, which seems to thrive on tangents, peripheries, wandering exploration...the act of doing has always been far more rewarding for me than any level of familiarity or nostalgia one might expect to come along with re-approaching prior ideas. So, I'm certain that my acceptance of Fisher's commission came along with such a caveat, that I may not be able to fully find my way back the way I came, and that while I could almost guarantee that the resultant recordings would resemble aspects of the things he'd named, they would likely diverge from those albums just as much.

So, off to work I went, and again, memory being unreliable, I want to say I worked on it all through that Summer and Autumn, because one way or another, I'd finished the album by December, and delivered it to Fisher in both physical and digital capacities, with a signed and dated certificate of authenticity, should he ever decide to sell his copy. The sessions remain a blur for me, and all I can really say with certainty now about them is that I was sampling a vinyl box set of Mantovani material primarily, echoing the orchestral sampling present on High Hawaiian Fog, although the provenance for those tracks varied from Delius and Dvorak to Lee Hazlewood, far less singular and far more experimental on a foundational level. For Coastal Reveries, I wanted something that felt a bit more romantic, 1960s exotica, and Mediterranean honeymoon eloping, rather than Atlantic/southern American nautical fantasy.

The latter still managed to inform the vantage point of the recordings, however, with all seven tracks named for shorelines in the Carolinas - my way of acknowledging that this entire thing was a vision of longing for and imagining those European waves and ports, channeling them more as a voyeuristic conjurer rather than a seasoned traveler. By the time I'd completed the recordings, I felt genuinely as if this was a Halifaxian album for lovers, a seafoamed score for beached dalliances beneath fluffy white clouds, no doubt filled with the harp-strums of Cupid...these Coastal Reveries would be manifest in both mythical love and animal lust. To accentuate this approach, I penned a modest amount of copy to accompany the record, which was more or less a prosaic scene of sex on the beach, albeit surrealistic and abstract in many of the same ways my writing remains today.

After a few years, Fisher gave me his blessing to publicly release Coastal Reveries, and plans were made to issue it at Wil Ru Records in Portland, the very same label that brought High Hawaiian Fog to the wider world, but soon after this, WR fell out of the business of issuing new music, and Coastal Reveries was shelved indefinitely. Today, almost nine years later, Reveries has been remastered from the original session tapes, and given a beautiful new visual design by Eric Adrian Lee, a name many listeners will already be familiar with from his work on High Hawaiian Fog, Sun Cast, Summer's Parting Ways and many more albums that are immensely important to me for personal reasons. Eric is a master, perhaps even THE master, of depicting scenes of romance, both bawdy and pastoral, and conveying this oceanic longing through the lens of his lush visual compositions. Lee's design work for Reveries is the perfect companion to the music, and I hope my prose (reprinted on the inner gatefold) lends itself favorably to the listening experience also.

So, as part of my celebration of my 38th year on this mad Earth, where truth continues to be even more surrealistic than the fictions I summon, I am more than happy to offer you Coastal Reveries, another chapter in the subtropical odyssey I've apparently been writing, not endless, but certainly without an ending in sight or mind. This music would appeal to fans of High Hawaiian Fog, Ocean Lion, Tigress and Sun Cast, but also maintains distinct connections to recordings like Verdant Acre, My Earths and even more modern excursions like Dripping Earth and Silhouettes. Included with your purchase are both indexed and seamless presentations of the album, and following this release will be a few others that are Coastal Reveries-adjacent, from June onward.

"There's only one thing you can do with a girl like this. Walk naked into the sea together as the sun sets. Make love once... Then die."


Many humble thanks to the members of the Milieu Music Fan Club at Patreon patreon.com/analogbotany and the subscribers at Deep Earth malfokusita.bandcamp.com and Vibratelepathos vibratelepathos.bandcamp.com - Without their continued support, these recordings and many others may not have come to fruition.