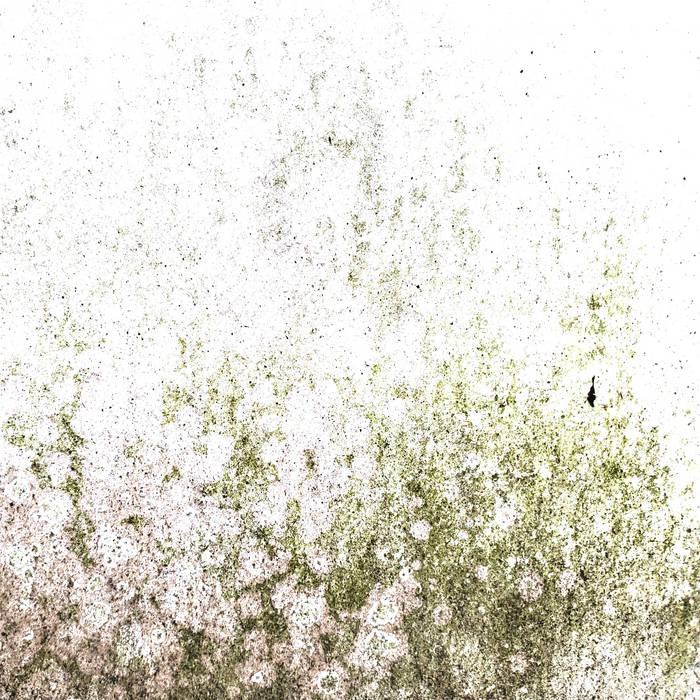 REFLECTOR was originally issued in two limited editions at the now-defunct French label Entropy - the first edition was a blue paint-spattered disc held inside a tall and thin silver case, and the second edition came in a more "standardized" digipak with a pop-out feature that ejected the disc when you opened the gatefold - and since 2012 or thereabouts, it has remained out of print. In that time, I've been told by a good many people that REFLECTOR is a favorite of theirs from the Halifaxian continent, and although I myself can't say I share that level of enthusiasm about it, I have always acknowledged how singular it felt within that landscape.

REFLECTOR began as nothing more than extended minimalist versions of the four tracks on RADIANS, which was scheduled for release at several different labels before ending up published at Recycled Plastics, and the focus of the session was to reduce the RADIANS tracks down to their barest of elements and reiterate their tonal-matter across a very simple and restrained path. At the time, I was doing this because I felt that RADIANS could have been better, although I enjoyed those tracks enough to leave them be and instead attempting fully separate second passes with the source material. From the molecular level upward, REFLECTOR is named such simply because it reflected its lineage in RADIANS while clearly inhabiting a different space.

So, what did I change, in my transition from the session elements that built RADIANS, to the drastically altered monoliths of REFLECTOR? To begin, chordal synth patches were bounced through several generations of tape degradation, before being re-filtered themselves to bring out new contours and overtones. Drums were sampled at intentionally low bitrates and rendered down to mono. Bass elements were migrated into the session in a more pure sine-tone fashion, but were hardly used at all in the final work (only the fourth and final track contains a proper bassline at all).

Reduce, refine, reshape, reduce again was more or less the working methodology, and in the end, the resultant four tracks resembled a few different shades of CH releases yet to come - Whitehope's multiple iterations, the Earthworks albums and the Autochromata series all spring to mind - while also recalling prior droned-out albums like Ocean Lion, Pacific Opal Hex and Winter Blurring. It felt almost immediately as if it were the missing junction point between many different poles of my work, while still itself remaining hard to define.

Ten years after, it's an interesting note to leave the 2021 year on - almost a last-minute ceremony to schedule before the next tide sweeps these miserable months away. I find my relationship with REFLECTOR is even more alienated than ever, with the original tracks sounding almost completely different from how my mind remembers their sound. Until I sat down to work on remastering it this year, I hadn't listened to REFLECTOR in a few years. I remember it being very loop-fixated and hypnotically hovering through all the bass work, but the actual shape and pacing and temperature of the whole thing feels utterly unrecognizable to me. You'd think this sensation would happen more often with my back catalog, given how much of it there is now, but to be honest with you, REFLECTOR feels as unique in my mind now as it did then.

For the occasion of this 10th anniversary celebration, I've revisited REFLECTOR not just for a new-coat-of-paint remaster, but to put my hands back down into the soil and see what I might build using modern tools and my current production habits. A single session was held for every track on REFLECTOR, completing the triptych of this material now manifesting in the form of three different four-track albums, from RADIANS to REFLECTOR to RELICT, a full reimagining of these four stellar bodies using only the original source materials that built REFLECTOR a decade ago.

RELICT bridges the distance between RADIANS' vocoder chord and dub-spatter techno and REFLECTOR's droned out loop-pastures, with melodic patches of polymetrically sequenced chords over a bed of warm bass, kick drum anchors and resonator drones. The RELICT session, as many modern CH sessions do, yielded more new curiosities than resolutions, so a branching release from this point of origin with RELICT will follow at some point in 2022.

For now, both REFLECTOR and RELICT offer a look in both directions - flawed recall of the past and hopeful estimation of the future - and together they summarize many of my current emotions and considerations about the 2021 year, and the new era of Milieu Music that is soon to follow.

Many humble thanks to the members of the Milieu Music Fan Club at Patreon: www.patreon.com/analogbotany and the subscribers at Deep Earth: malfokusita.bandcamp.com and Vibratelepathos: vibratelepathos.bandcamp.com