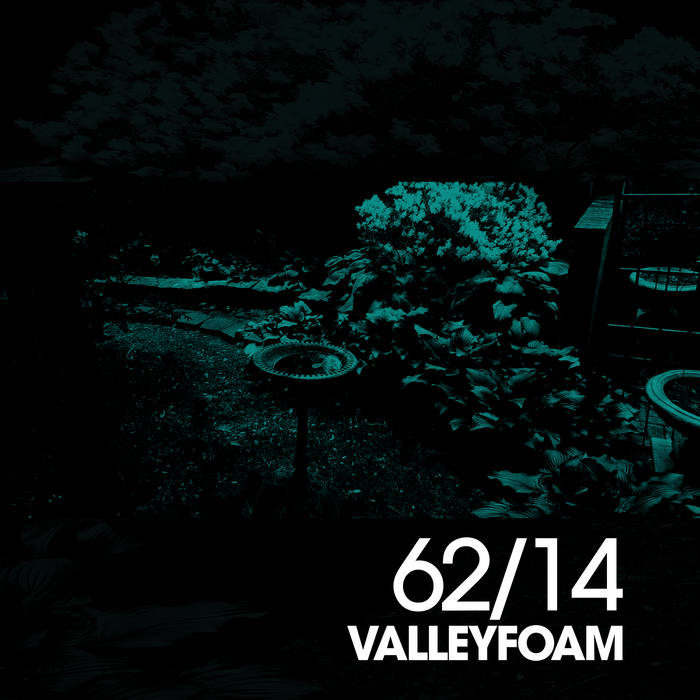 Much like ABX99 (Iced White) or other expanded singles before it, Valleyfoam was previously issued on a digital compilation at Cold Fiction Music, and now finally sees its first physical edition release, backed by two previously unreleased cuts.

Valleyfoam (and the second cut, presented here as Versionfoam) originated as rehearsal takes laid down prior to the live set broadcast that would later become Vibrafoam Dub. These two tracks offer rugged dub techno rhythms with sampled drum breaks, crumbling chords and a wide array of filter and delay processing. Built out of an almost entirely analog hardware rig and done in single takes without overdubs, only some equalization and bandpass filtering was applied in post during the mastering phase. Following these two tracks is an extended 40+ minute piece called Violetfoam, which was built from tonal content and the same sampler's percussion as the original recordings, explored and laid to tape in the Spring of 2019. Violetfoam resembles other deep cuts, which will be recognizable to those familiar with Arborist's Excavations, Dripping Earth and the recent Deep Works retrospective - drone minimalism cast like a curtain over sub-bass drum low end anchoring.

With these two supplemental works, Valleyfoam joins the list of singles-expanded-into-albums such as River Tableaux, Raft, Rainwater Chrestomathiad and Earthworks, all of which trace their provenance back to seeds planted on CFM compilation albums.